Conducted between July and August 2021, the Hong Kong Institute of Human Resource Management’s Manpower Statistics Survey for the first half of 2021 collected and analysed information from 40 companies across the sectors, representing a total of 33,610 employees.

The survey included turnover rates that were voluntary resignations, and excluded those caused by voluntary or involuntary redundancy, dismissal, or retirement. The absence rates captured in the survey were unscheduled absences of at least one day including sick leave, emergency leave, and casual leave. 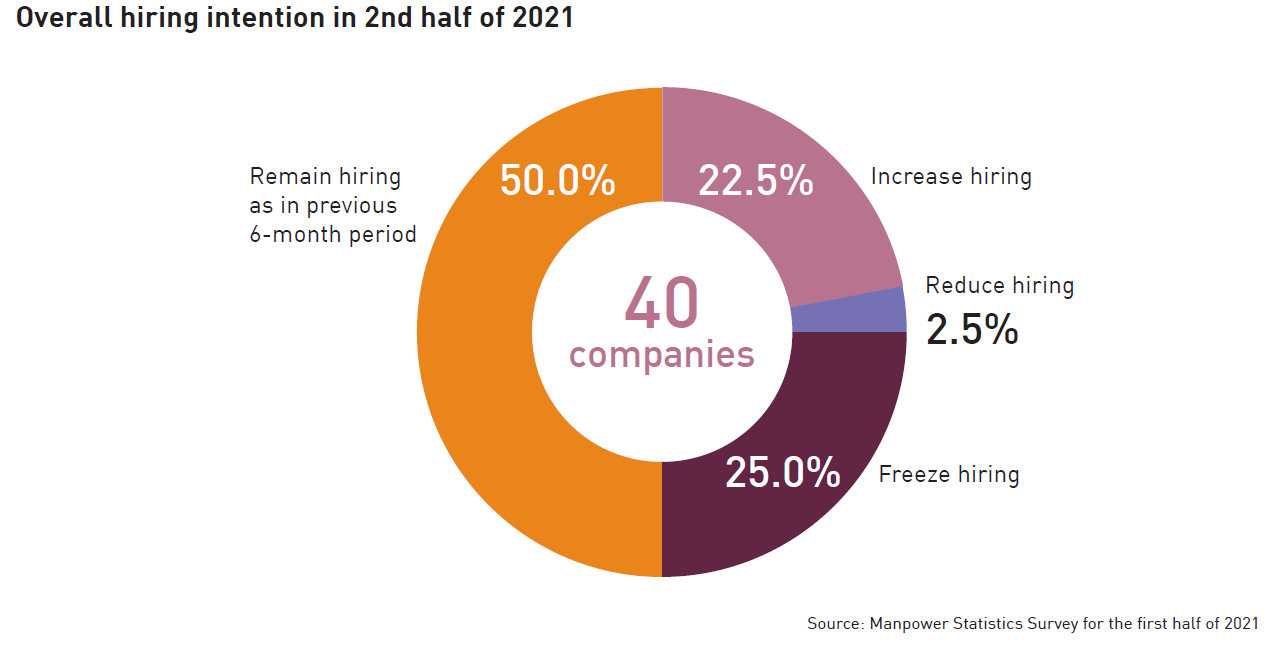 When it came to hiring intentions for the latter 6 months of 2021, half of the responding companies expected hiring to remain at the same level as the previous 6 months. A quarter of the responding organisations stated that they intended to freeze headcount.

Among the responding organisations, 22.5% said they would increase hiring, a sharp increase from the corresponding figure of 4.8% in the first half of 2021. Only 2.5% of the responding companies reported reduction in hiring was in the pipeline, in stark contrast to the corresponding figure of 31% recorded in the first 6 months of 2021. As COVID-19 had been brought under control in Hong Kong, these figures collectively pointed towards a renewed optimism towards economic recovery. However, since the pandemic is still around, the fear of losing one’s livelihood remains common for employees. Reduction in hiring, especially when manpower is tight, shouldn’t be exercised unless necessary to avoid physical and mental burnout, so that both the workforces and the profit margin can grow healthily in the next normal.